Jesse Norman maps out the digital future of HMRC

The Financial Secretary to the Treasury has outlined the plan to digitise the tax system to attendees at ICAEW’s Virtually Live Conference and explained how approaches used during the pandemic will be utilised in future.
Watch the video More resources
Contents
Back to top

HMRC will be more flexible and responsive as digitisation ramps up, enabling it to act swiftly to shore up economic resilience in the face of crises such as the coronavirus pandemic, the RT Hon Jesse Norman MP explained in his statement at ICAEW’s Virtually Live conference

The UK has officially entered recession and unemployment looks likely to increase. While Norman acknowledged that there were tough times ahead for British business, he also praised the efforts of HMRC for putting in quick measures to protect jobs and businesses during lockdown.

“The work that HMRC does can play an absolutely vital role in trying to mitigate the damage the pandemic is doing,” he said. “You don't often hear HMRC ministers talking about being at the forefront of huge and successful new programmes delivered in record time.”

The aim for HM Treasury is to have a tax system that is open and transparent and as part of the government’s 10-year plan to improve and modernise the tax system, HMRC is looking at ways to improve customer service and operations. “HMRC needs to focus on collecting debts from those that are least affected by COVID-19 and the most able to pay,” said Norman.

During the drive to digitise the tax system, Norman explained it was crucial to build in time for businesses, tax advisers and software providers to prepare for any changes. Only with the support of the private sector can the UK tax system be the best it possibly can be, he said.

“[The plan] is a strategy of focused, collaborative and itinerant improvement, and I think it has the potential to yield huge benefits. If you read it, you'll see that the collecting of tax is a very important function, but by no means the only aspect.”

Part of the plan is to further support HMRC’s ability to act in the interests of national resilience, as it has through the furlough scheme, the deferral of VAT and self-assessment payments, and grants for the self-employed. “That surely is a very important function for it, evolving over time.”

The digitisation of the tax system also has potential productivity benefits for the economy as a whole, Norman said. “We have a long tail of businesses in this country which are quite low productivity, and so this has I think a much wider potential economic benefit.”

Those broader benefits include improvements in digital skills across business and a reformed tax administration that better reflects the needs of the modern economy, working in almost real-time.

“It is allowing people or businesses to pay the right tax throughout their lives without tax becoming a burden or too intrusive and difficult. And of course, it does enable the government to continue to support our economy and businesses and individuals at a time of crisis.”

ICAEW members, ACA and CFAB students, as well as members of ICAEW communities and faculties can watch all the recorded sessions from ICAEW Virtually Live.

HMRC seeks to ‘co-create’ tax system of the future

Personal insights from an Insolvency Practitioner

Building on the success of 2020's event, Virtually Live returns on 15, 16 & 17 June 2021. ICAEW will be hosting a series on live and on demand sessions providing insight and expertise on the key issues effecting finance professionals. 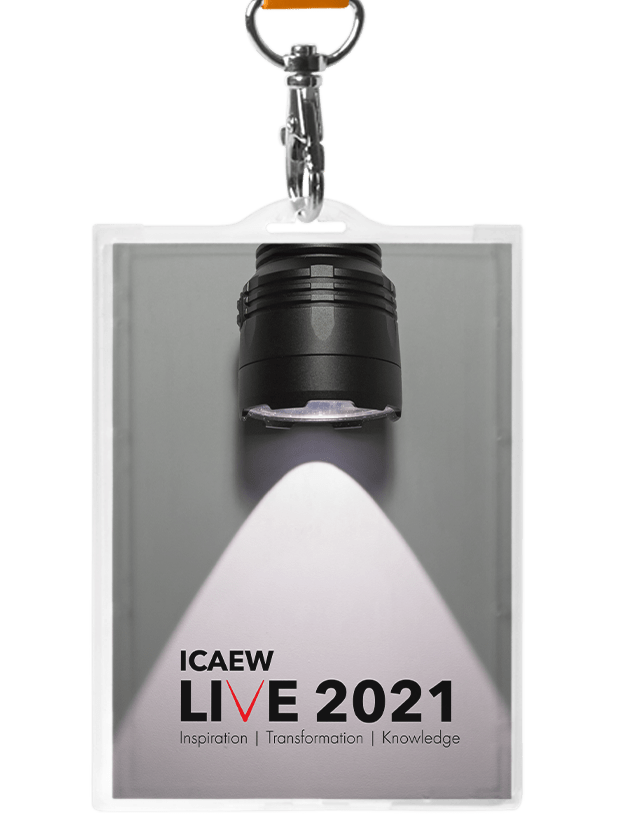 Jane will be sharing her thoughts on our panel session on the importance of tax policy.

Cerys will be sharing her thoughts on our panel session on the importance of tax policy. Frank will be sharing his thoughts on the: Importance of tax policy panel

Jesse Norman MP, Financial Secretary to the Treasury, is joined by HMRC's Cerys McDonald and KPMG's Jane McCormick, to discuss tax policy and it's importance.